Peninsula Malaysian Cuisine was the only Malaysian restaurant we could find in the Twin Cities. Neither of us have tried Malaysian food before, so we were excited to be introduced to a new region of Asia! In our meal, we tasted influences from China, Thailand, and India.

Peninsula Malaysia is located on Eat Street, which is a popular street (Nicollet Avenue) for ethnic food in Minneapolis. When we arrived at the restaurant, we were delightfully surprised by photos of the menu on the windows. The restaurant’s entryway was decorated with lanterns. We want to highlight that it felt especially safe to order from this restaurant due to the safety precautions they implemented. Due to COVID-19, the inside of the restaurant was closed but menus were available for customers. A plexiglass screen separated the workers from the customer. We placed an order ahead via phone and it was ready by the time we got there (approximately 20 minutes). Overall, the food had small portions and was satisfactory.

Nasi Lemak is the national dish of Malaysia and was the star of our order. Due to the multiple colors and textures, the dish was visually appealing and interesting. A scoop of rice sat in the center, encompassed by small, savory portions of food. We enjoyed this dish because there was a variety of flavors that balanced each other out. Most notably were the anchovies sambal, which were dressed in a salty, spicy, and savory tomato chili sauce. Next to the sambal was a hard-boiled egg, which provided neutral protein. Adjacent to the egg were cucumbers drizzled with light chili sauce. One delightful surprise was the curry pineapple and string beans, which we initially thought was a potato side. The last item was curry chicken, which was a little dry, but the rest of the dish made up for this. The website describes the rice as having a coconut flavor, but it was absent in our meal. Overall, this was an exciting dish and we strongly recommend nasi lemak for adventurous tasters.

Roti Canai (with potato/chicken curry) consisted of a multi-layered flat bread and a curry with chicken and potato. We were surprised that it came with a large portion of curry - we just expected it to be the flatbread. You can never go wrong with roti and curry. Sandy thought the dish was spicy and Paulina thought it was mild, but they both agreed it was delicious. We were impressed by the extremely moist chicken, which is hard to perfect since chicken is mostly dry. The potato was also moist and well-cooked. This was one of the best dishes we ate and we would return for this dish alone.

Nyonya Laksa consisted of thick lo mein noodles and a coconut curry soup with shrimp, squid, chicken tofu puff, and bean sprout. The noodles overpowered the taste of the curry soup. This dish came with too many noodles and the noodle-to-soup ratio was disproportionate. We would have enjoyed this dish if there were no noodles. The protein in this dish was a good selection and variety. It paired well with the coconut soup. We would recommend adding chili-garlic sauce and lime to amplify the soup, or replacing the lo-mein noodles with rice noodles. The spices were mild and we were hoping it would have been stronger. This is a pass for us.

Asam Ikan (sweet and sour fried fish dish) is fried fish with tomatoes, okra, and eggplant. According to the website, it was supposed to have a spicy tamarind sauce, but it tasted more like sweet and sour sauce. The sauce was off-putting because of the overpowering sweetness and odd sourness. We picked tilapia for our protein, which was fried but unseasoned. The outside of the tilapia was crunchy, but became soggy when dressed with the sauce. The real star of this dish was the eggplant and okra. Paulina enjoyed the thick-sliced tomatoes. The veggies were surprisingly delicious with the sauce, and we would have enjoyed the dish without the fish.

Apam Balik was a yummy, peanut-filled pancake similar to a form of baklava. The peanuts were freshly ground and fragrant. We could tell the peanut filling was home-made and unprocessed. The pancake was thin, flaky, and not too crispy on the outside. This dessert was not too sweet, which is the ultimate compliment on dessert that you can get from Asian people. We would reorder this dish.

Peninsula Malaysian Cuisine is a unique restaurant in the Twin Cities. Overall, we think some of the dishes would have been amplified with stronger spices and acid. There were definite stars from our visit such as at the Roti Canai and Nasi Lemak, but a couple of items we would recommend passing on. This restaurant is refreshing because the cuisine is not something commonly found in the Twin Cities. 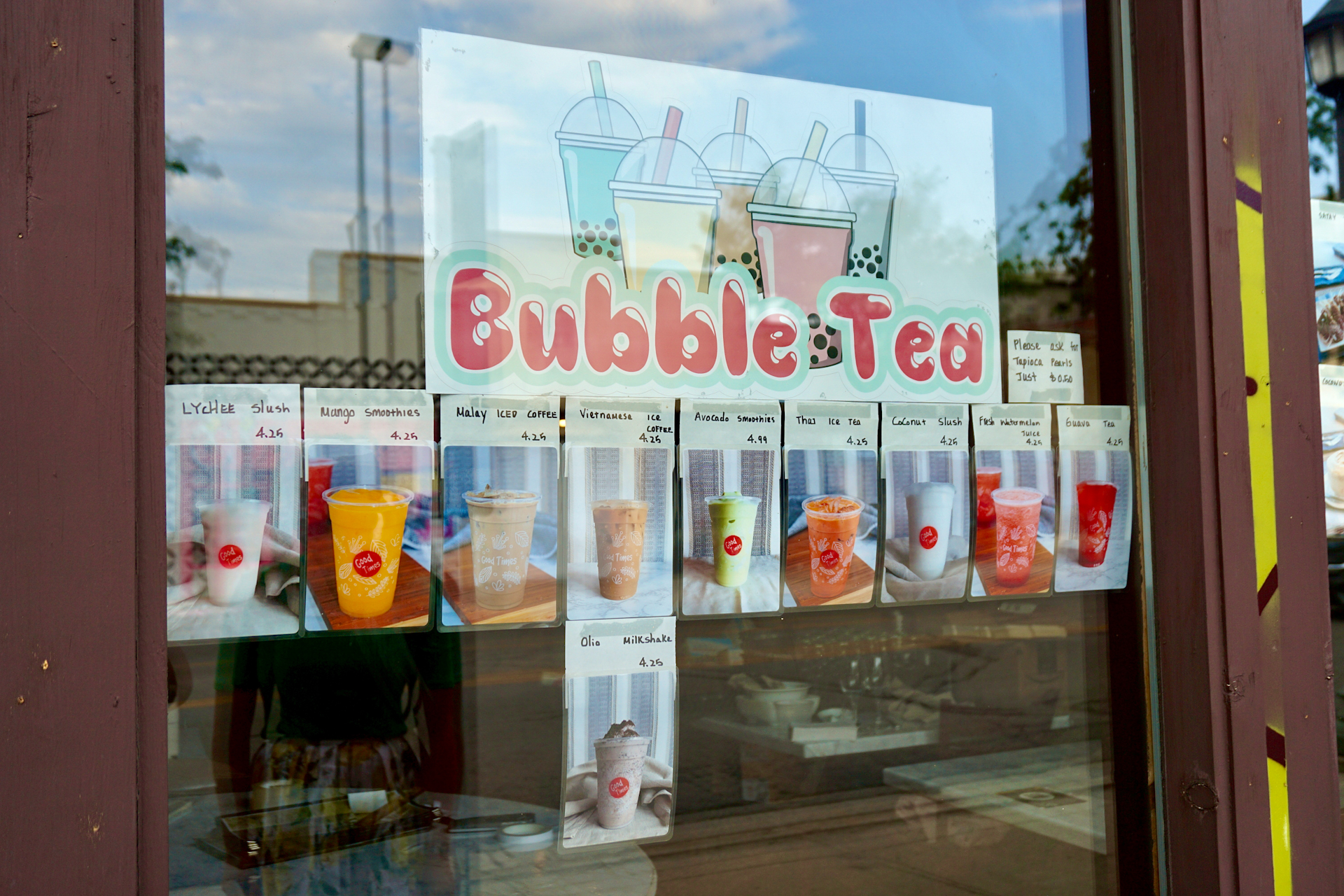 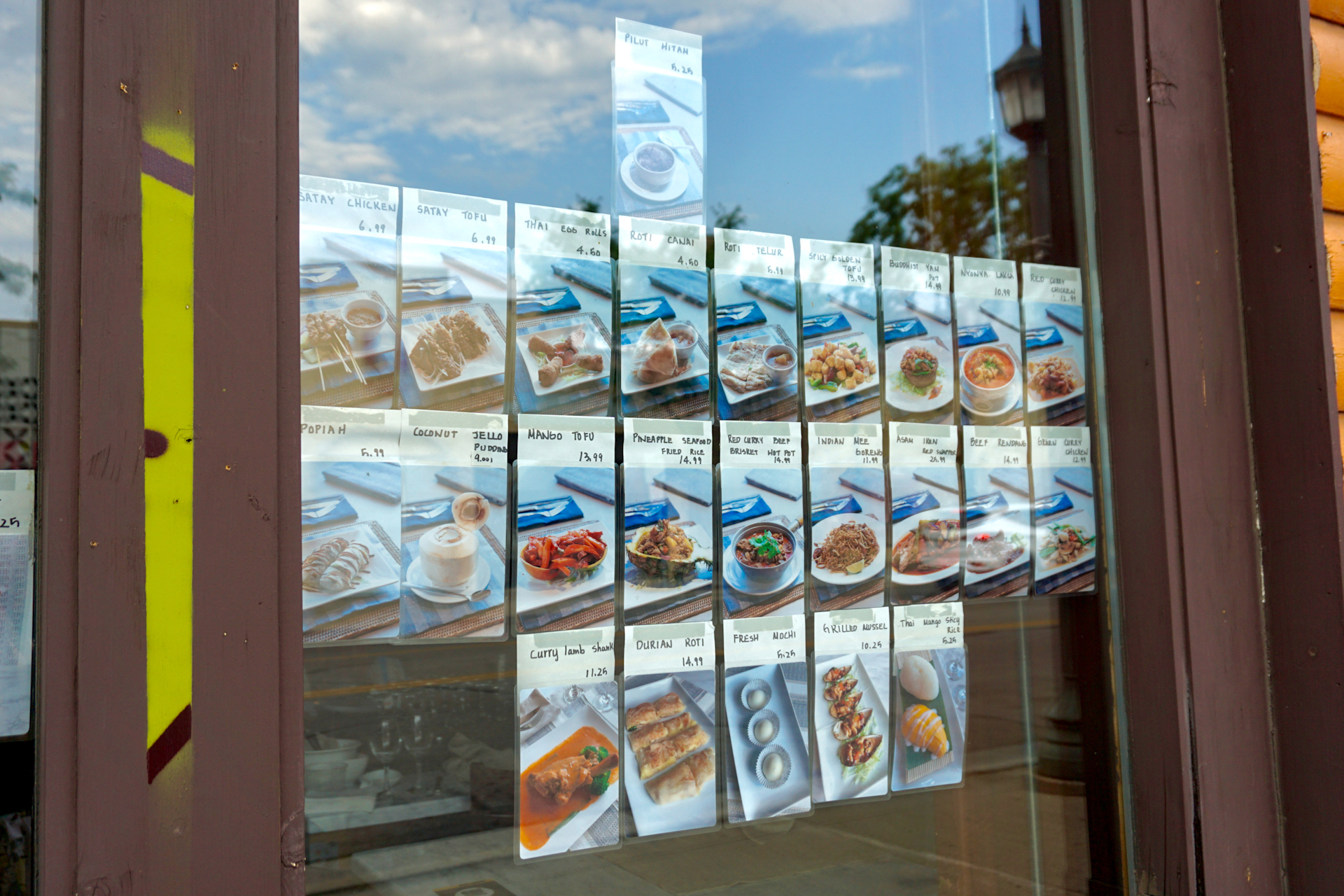 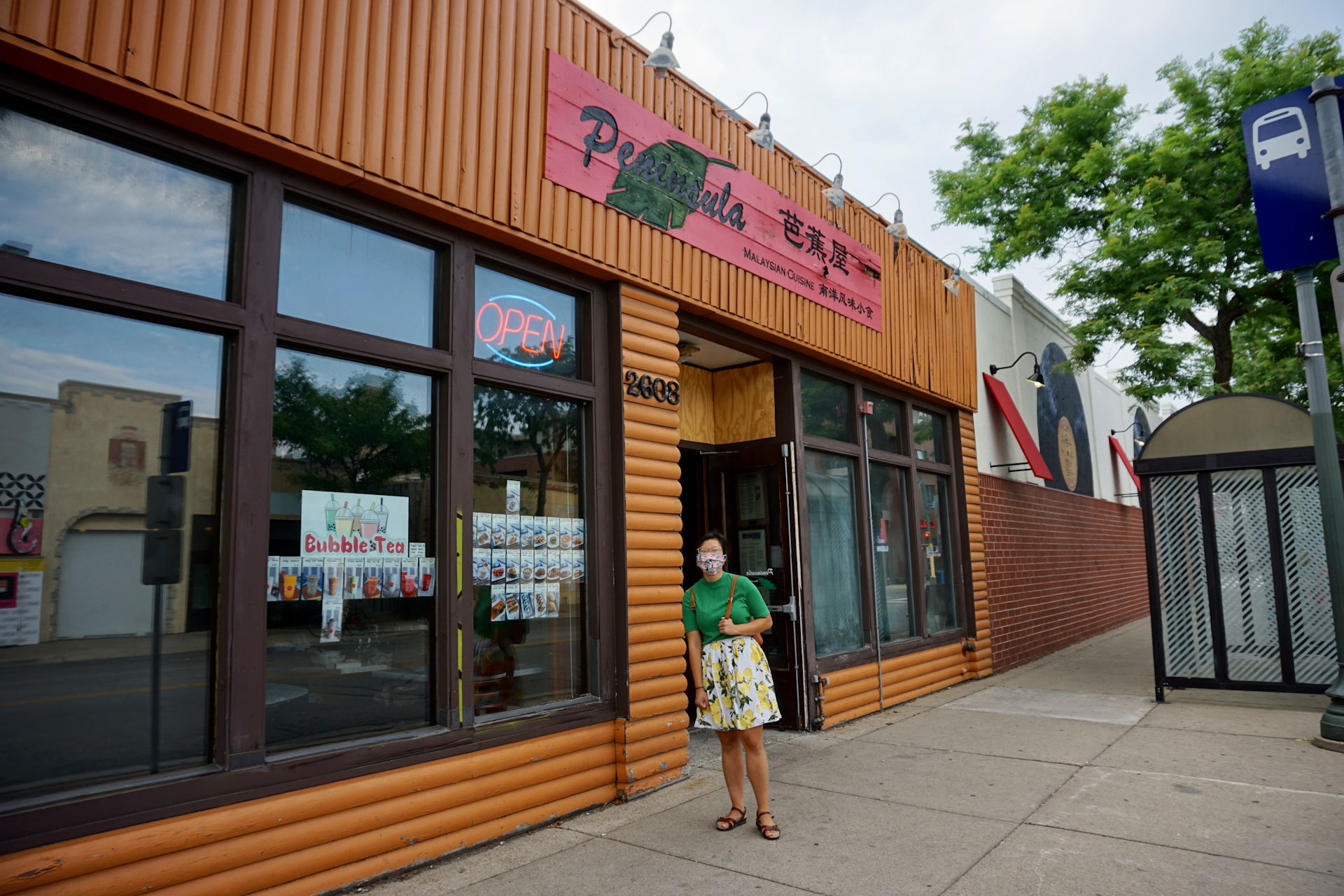 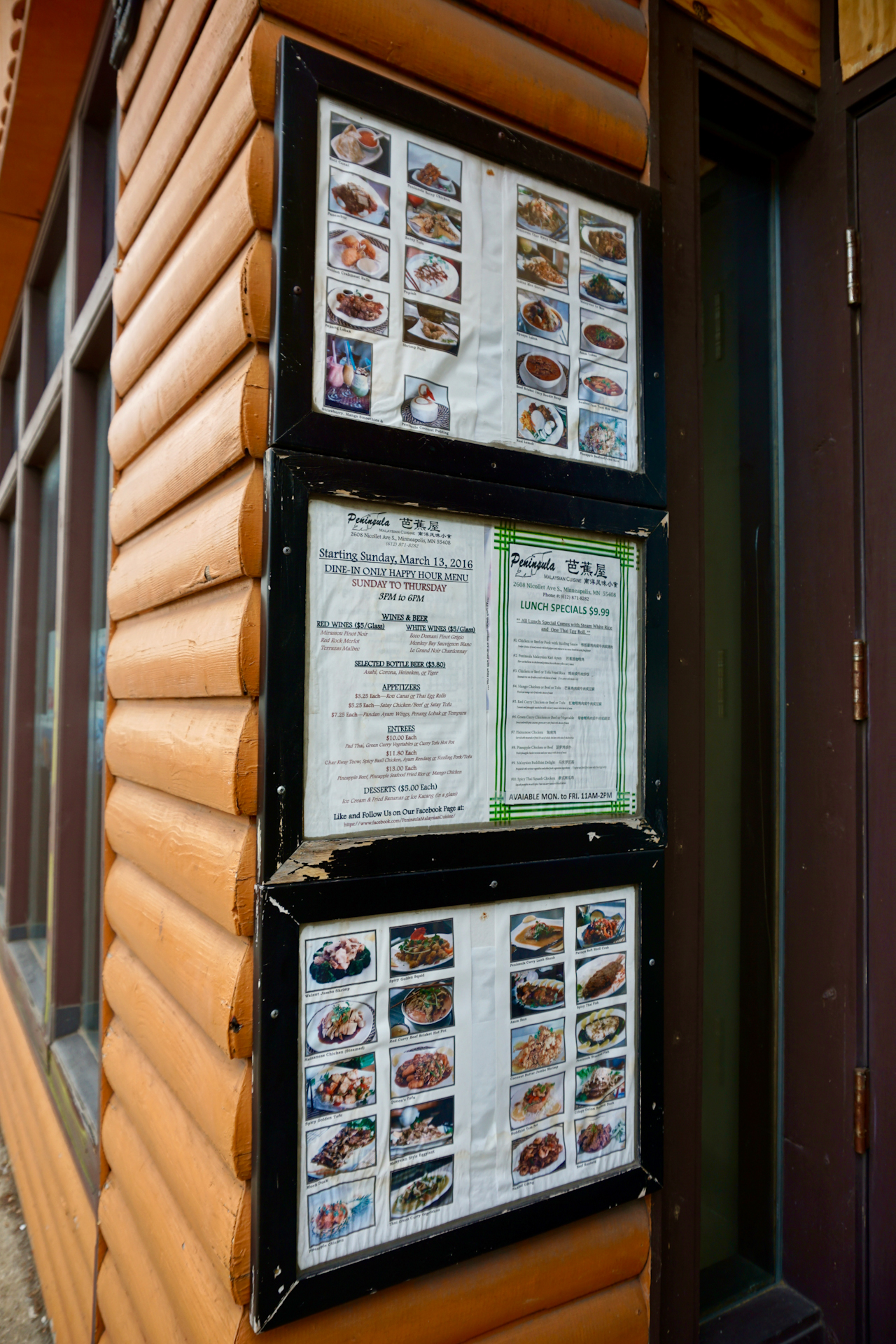 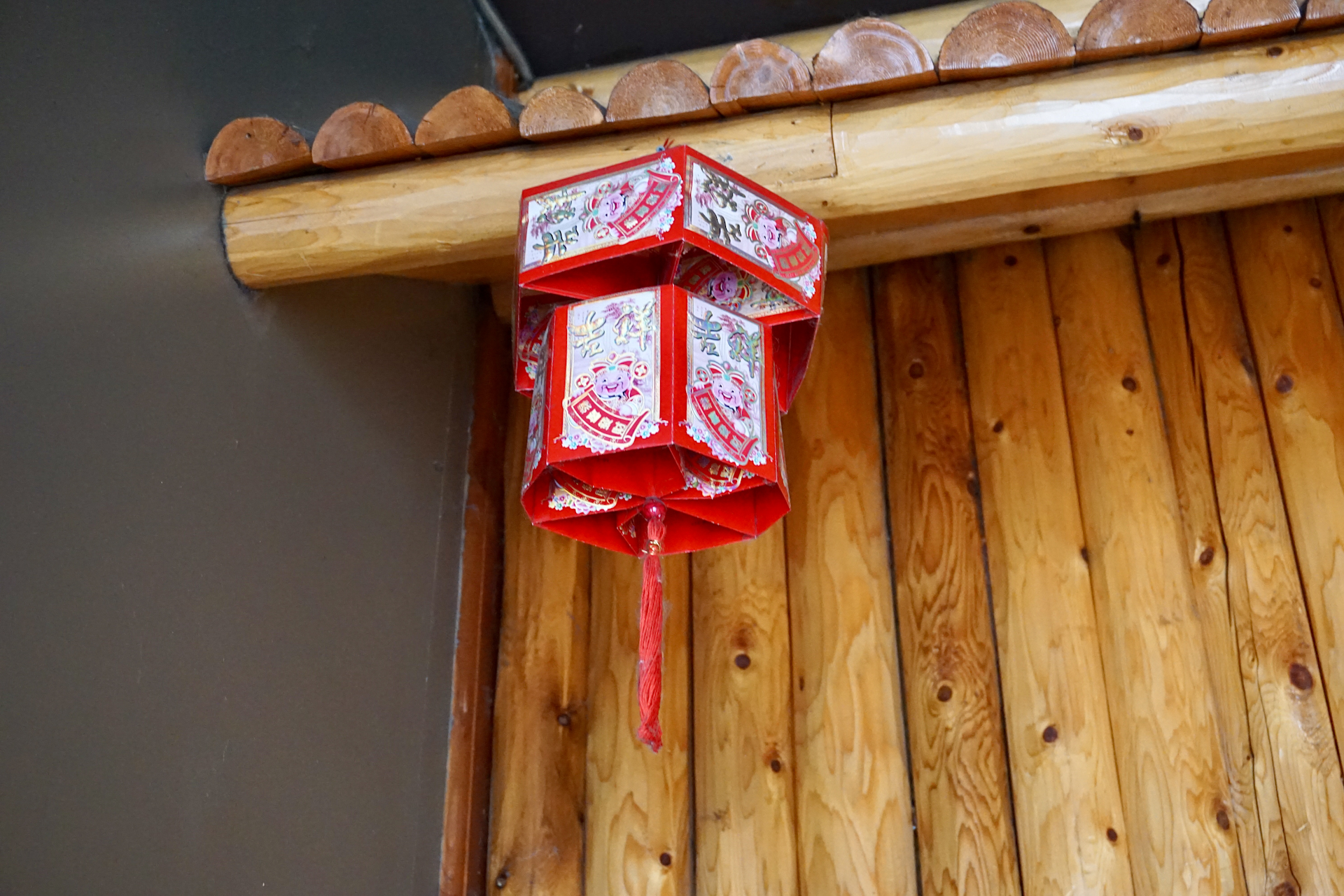 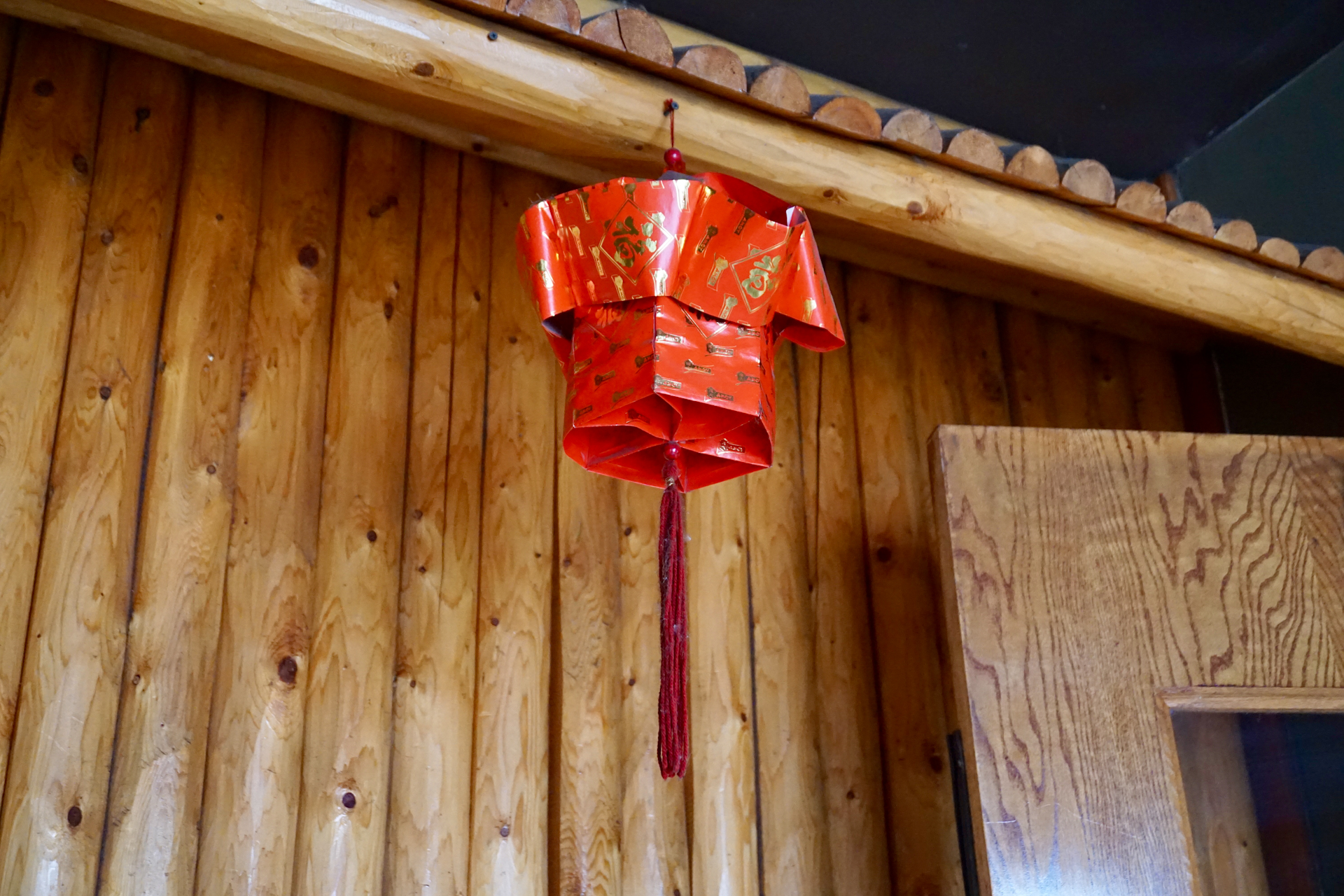 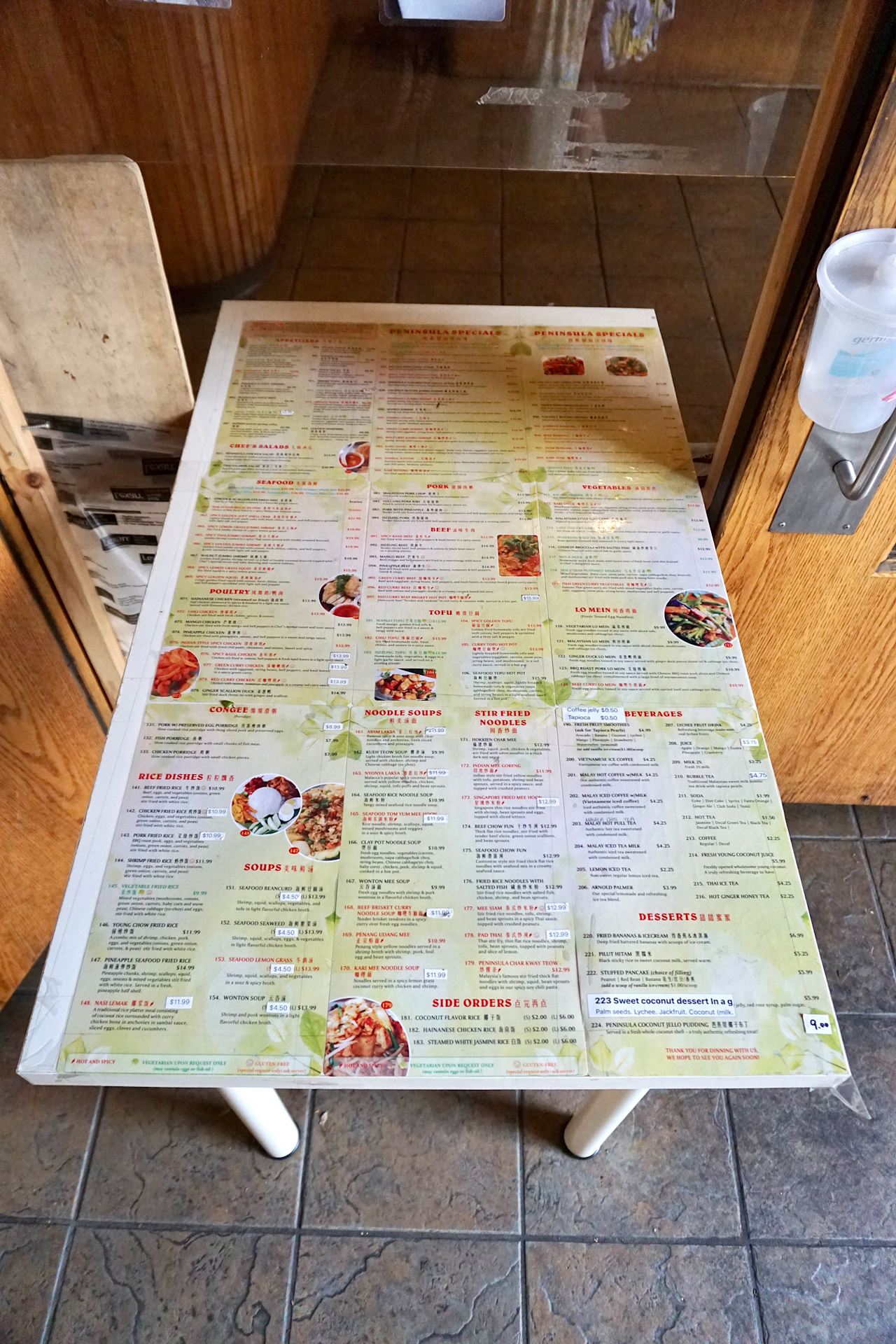 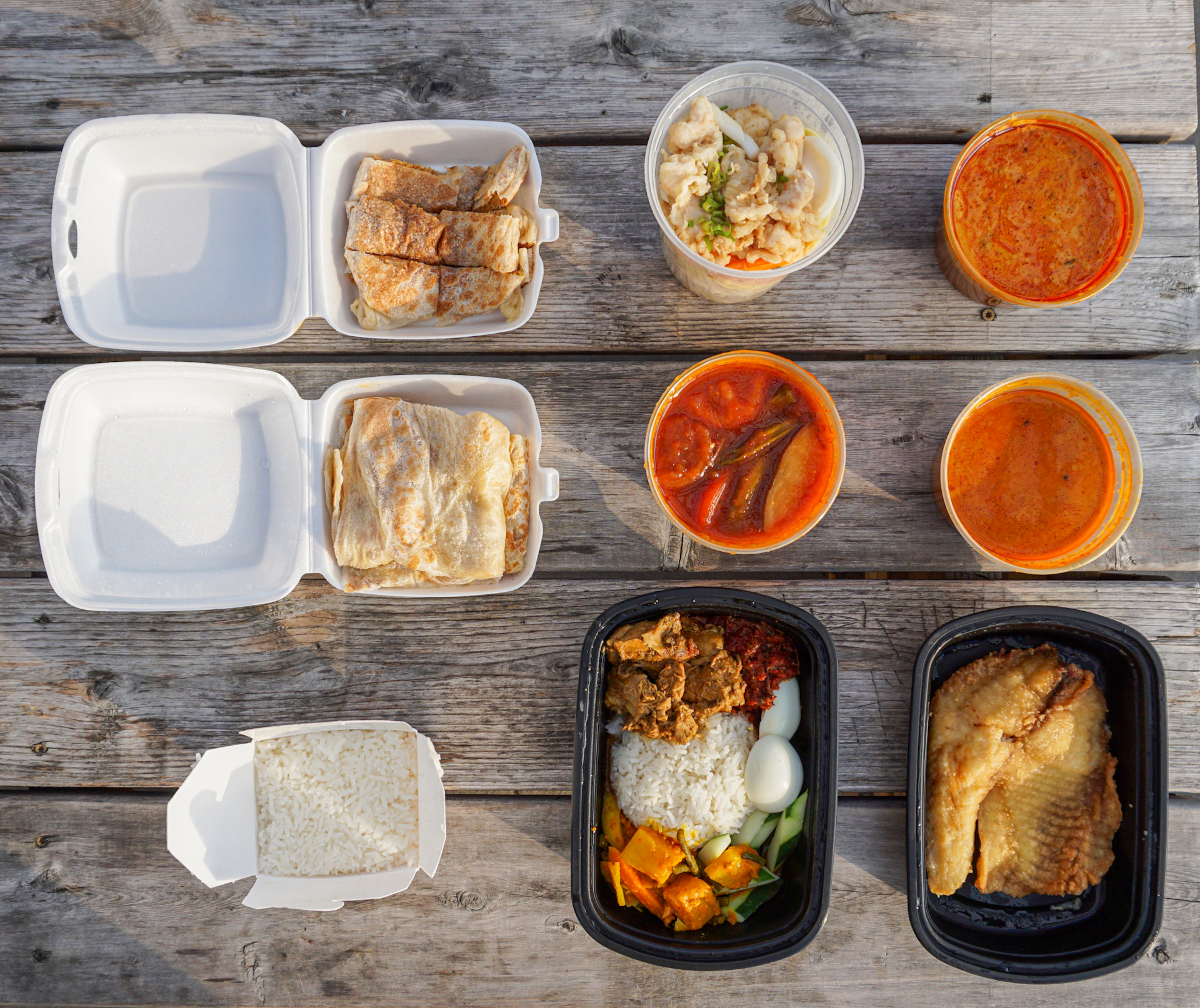 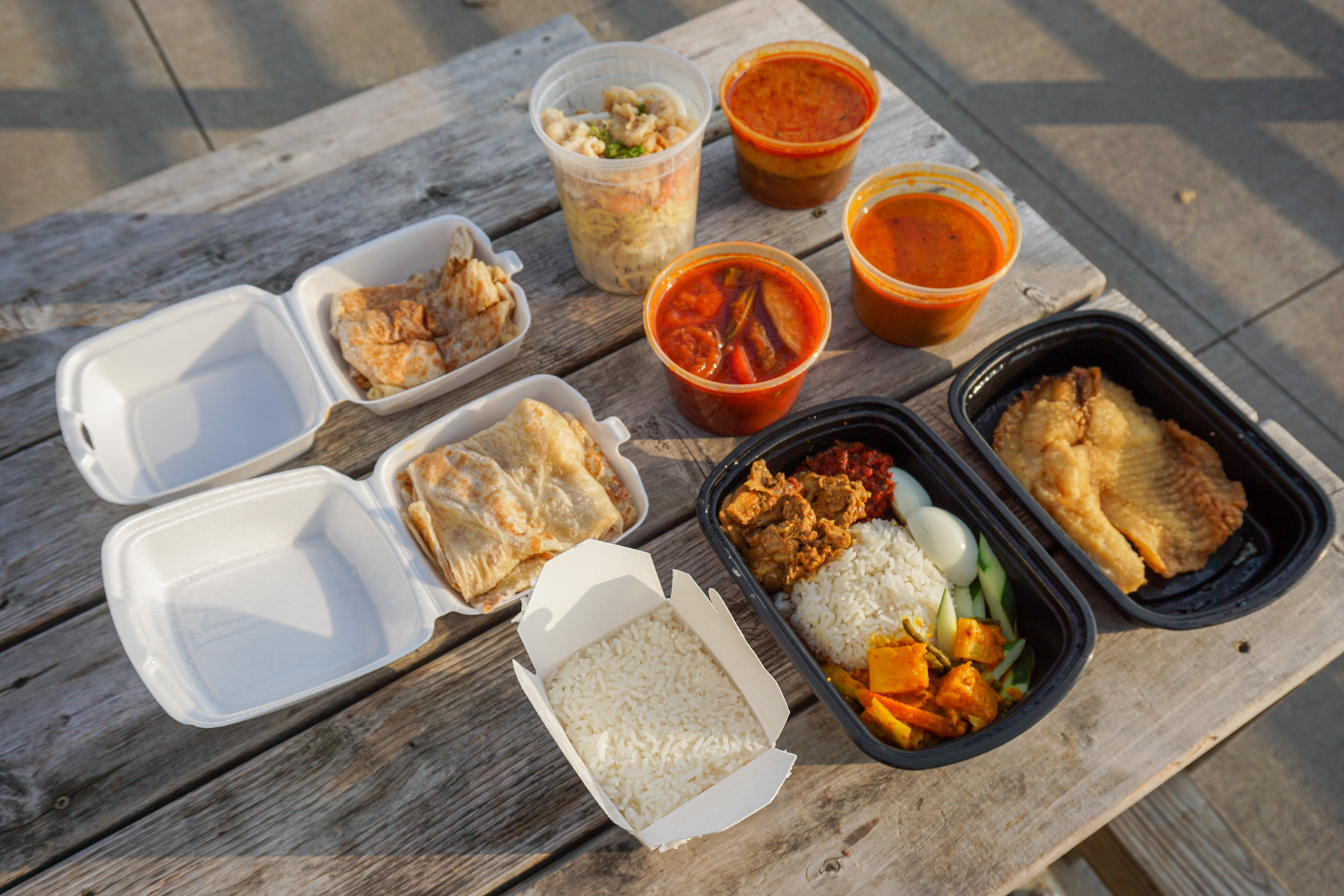 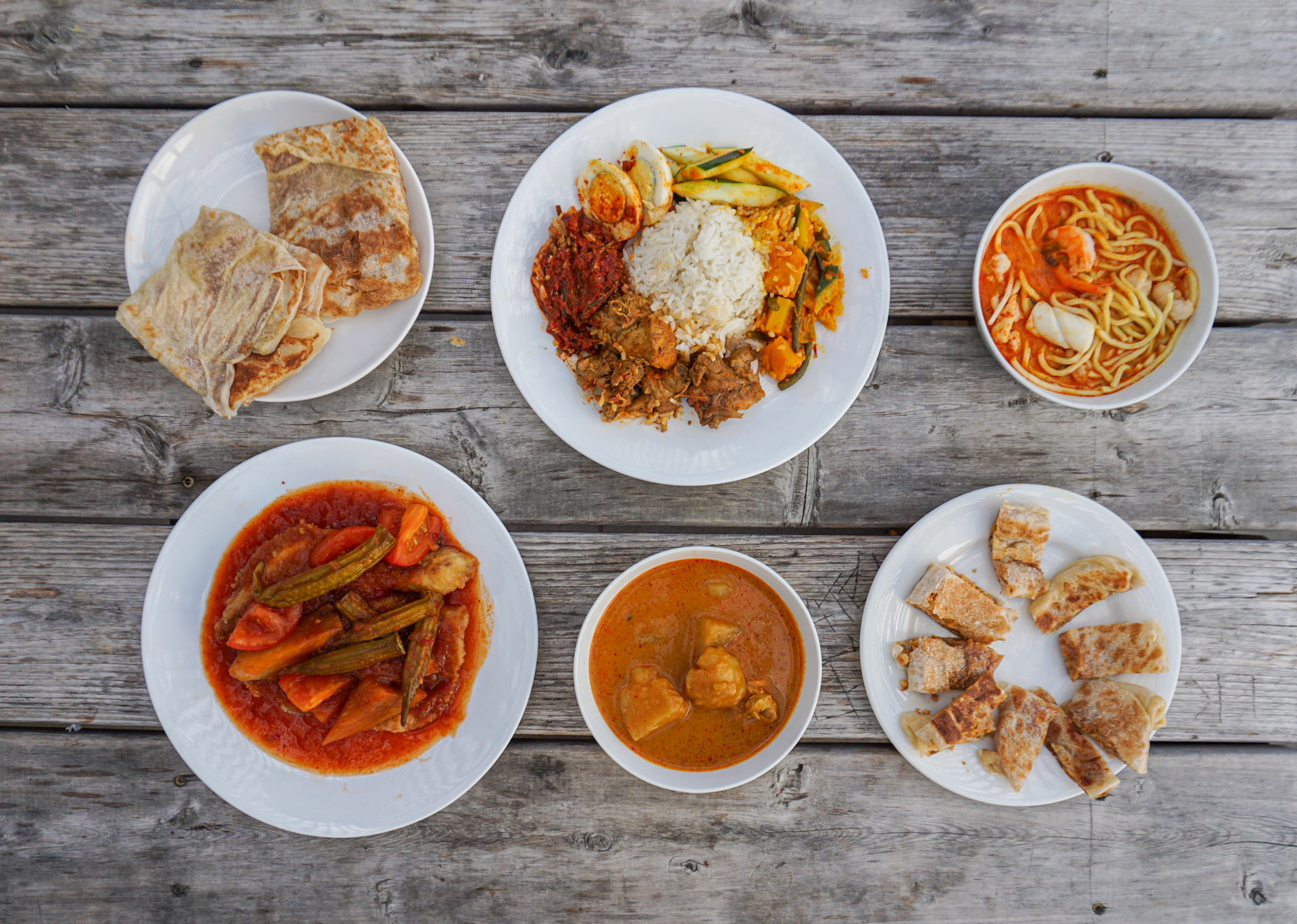 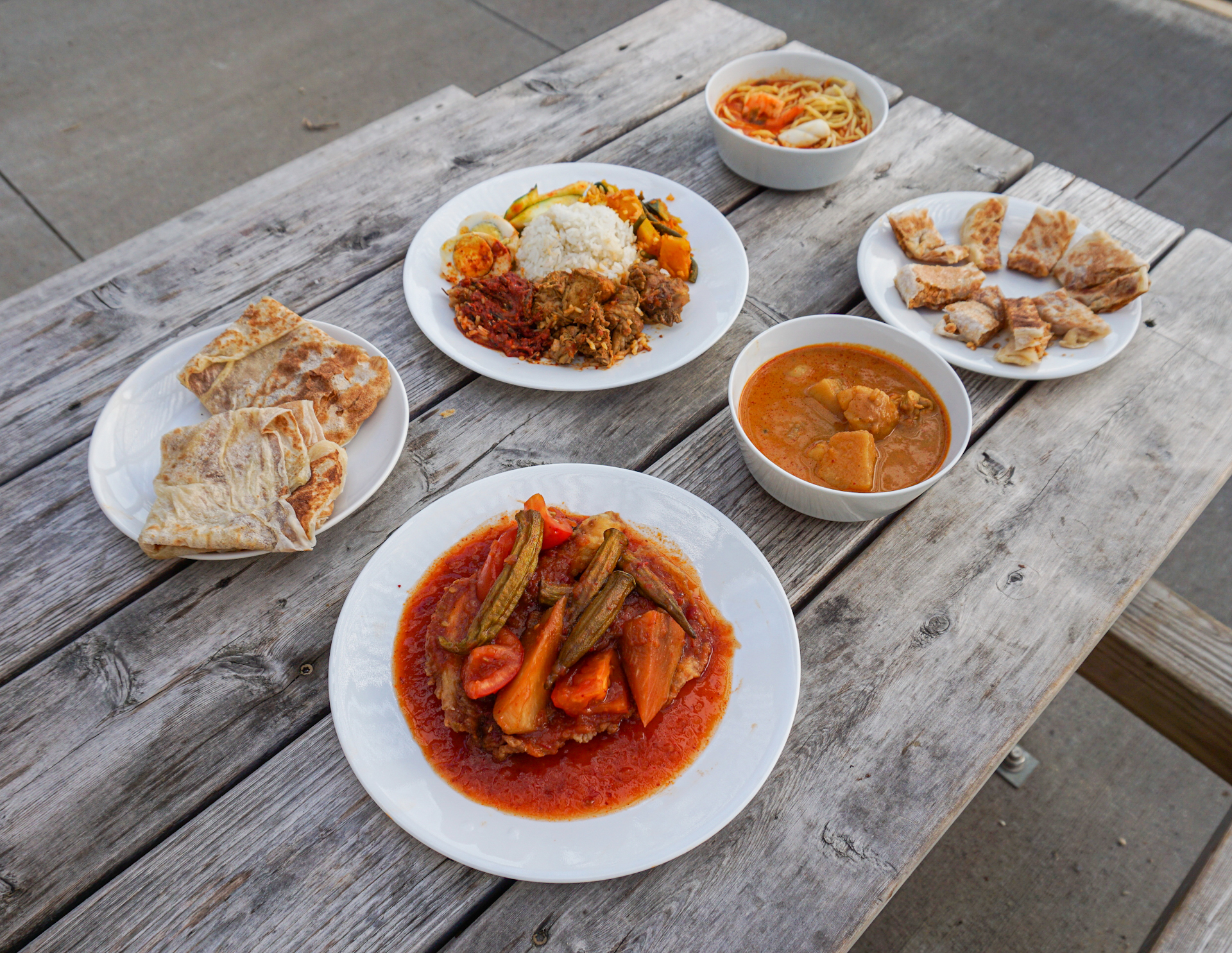